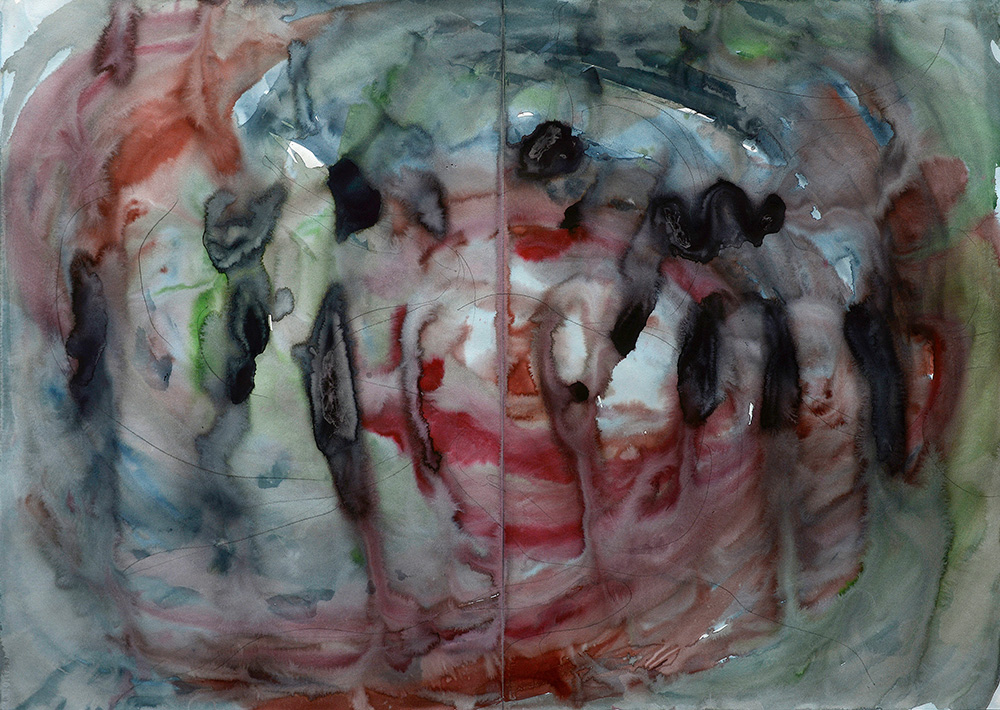 Dreams of Water and Paper

RCR’s sketches and watercolours express “what cannot be done with words and which does not yet have form, that which expresses an intention.”

“In effect, RCR’s language is free, like its application itself, because both its genesis and its evolution can be found in its paintings and in its constructed buildings, which are in turn signs and symbols, integrated forms in its context and that do not renounce elegance, beauty and simplicity.”

From the beginning, RCR’s creative process originates and develops from drawing. At the end of the nineties, the ink wash established itself as a unique creation method. Ink wash becomes a simple but potent instrument for developing RCR Arquitectes projects from plastic and conceptual synthesis. An intuition and crystallization of an initial idea are fixed in ink flows, which allow you to follow the process of creating a project. From the simplicity of a first intuition to the highly complex final result, drawings, sketches and organizational charts are used to think and communicate a project.

With the ink wash, they abstract their still imprecise essence in liquid strokes resembling the fluid world of dreams. Ink washes lend themselves to transparency, layers, to veils, which do not compromise the final result while seducing during the transit towards the materialization of space or the capture of the memory of an atmosphere, densities, colours or material qualities. Over time, they have acquired artistic autonomy until creating a work on paper that no longer wants to be a project but an expression.

The project of documentation and archive of sketches classified as conceptual drawing has been subsidized by the Department of Culture of the Generalitat de Catalunya under the title of The drawing as a creative tool of the architectural project.