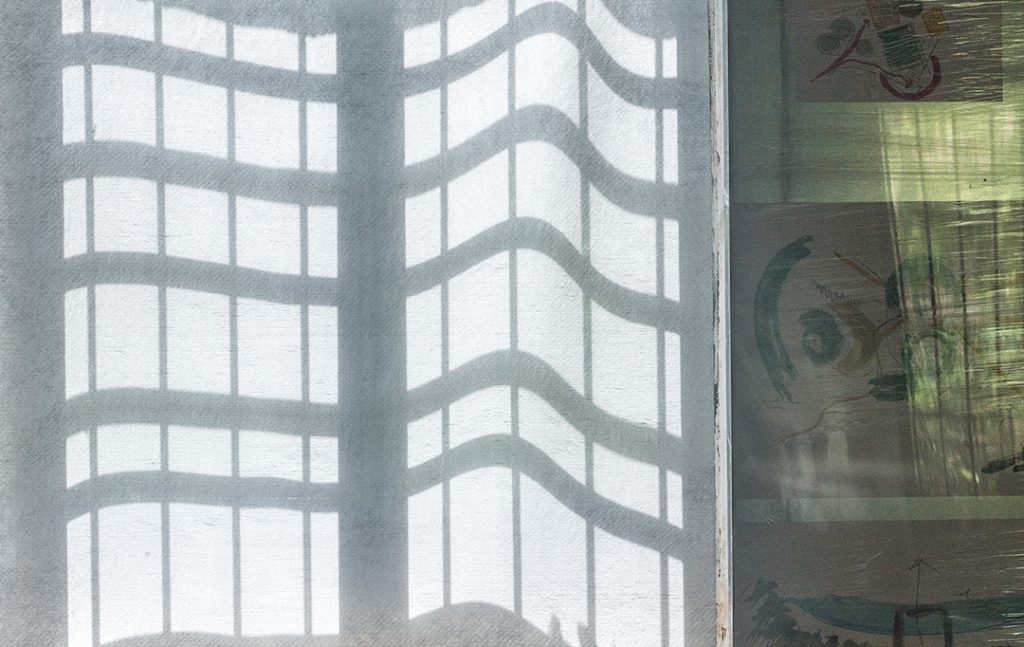 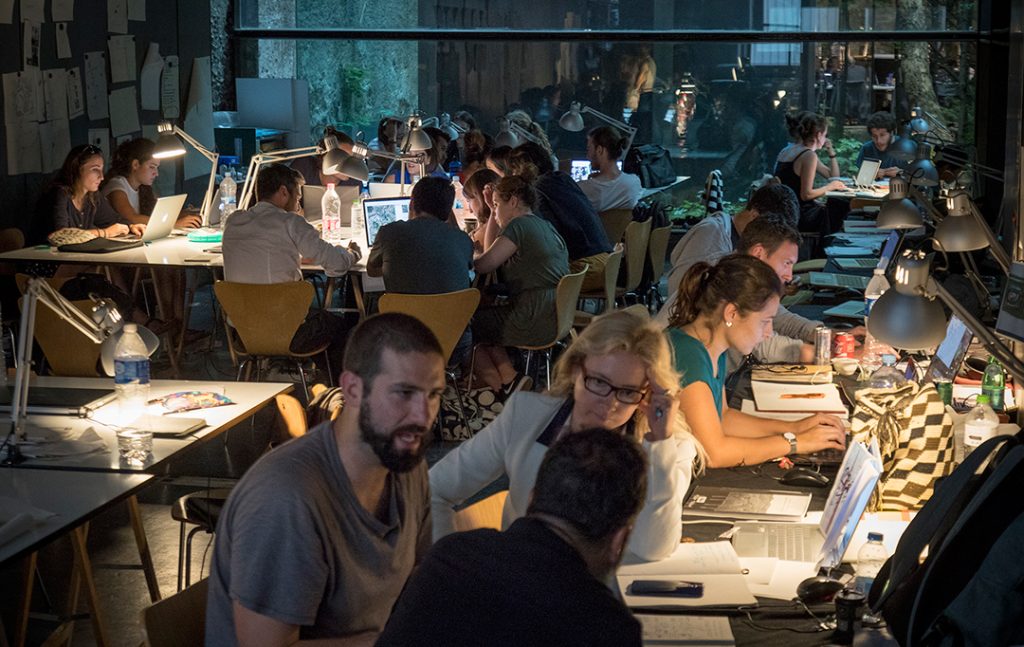 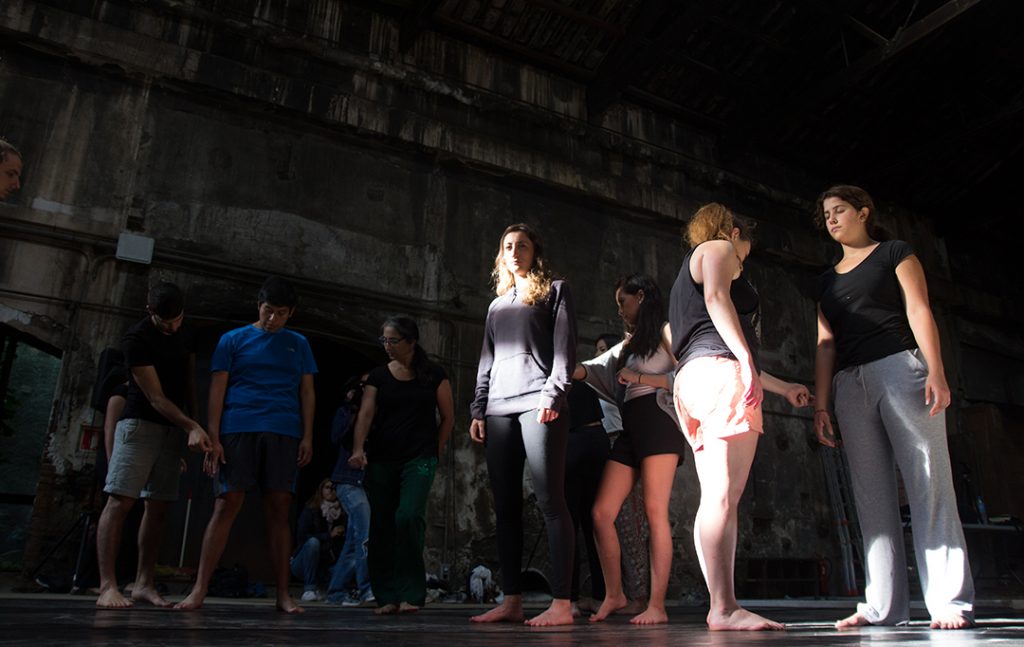 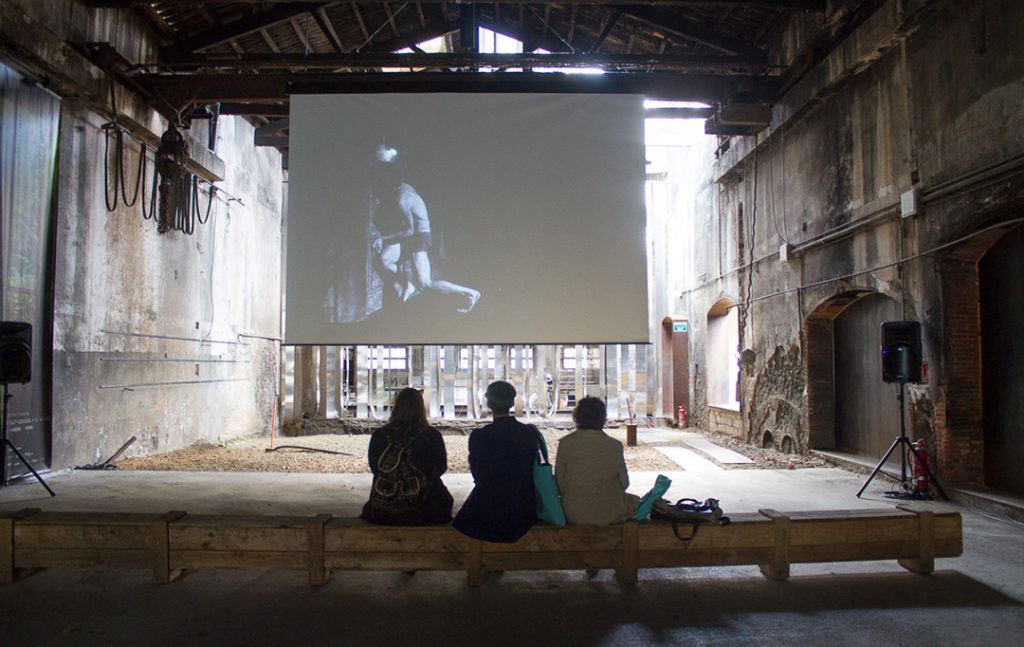 Seismograph 2016: Screening of "You will fall again" by Àlex Pachón and Joan Català. Photo: Martí Albesa 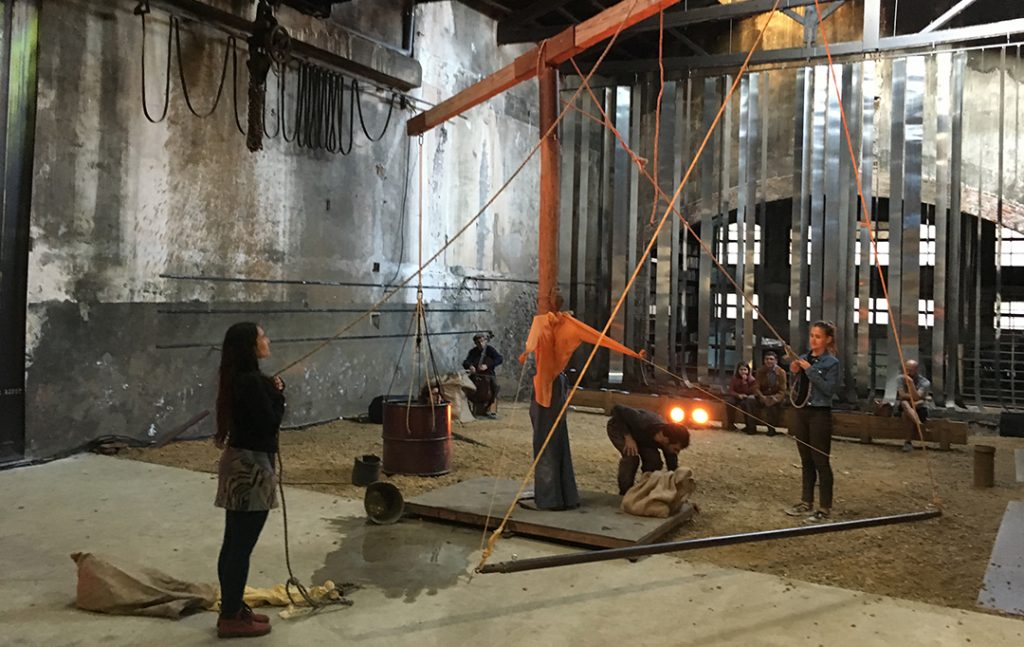 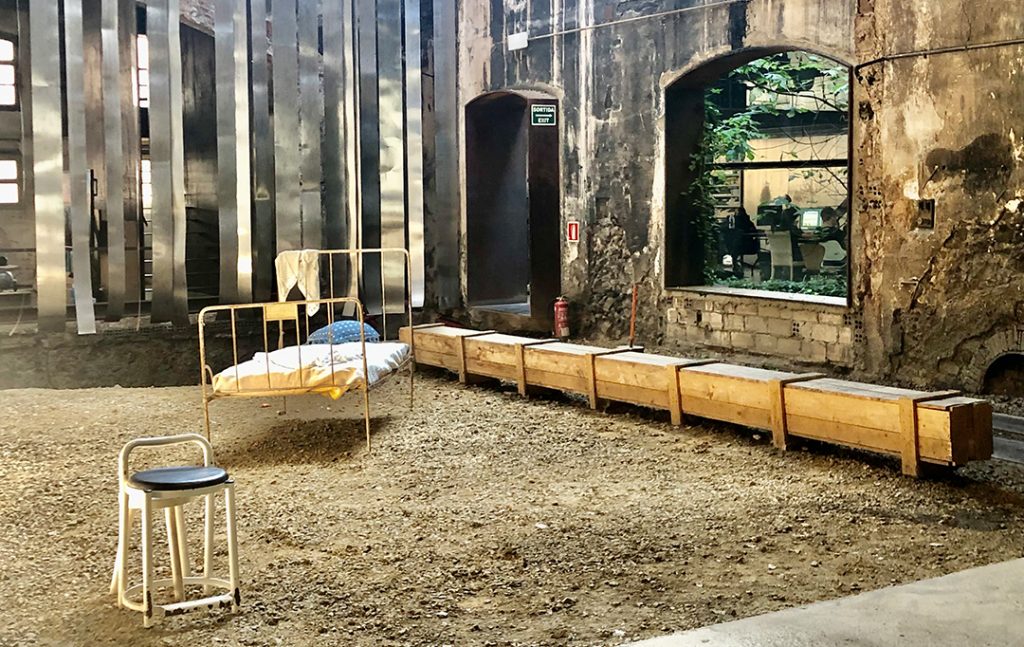 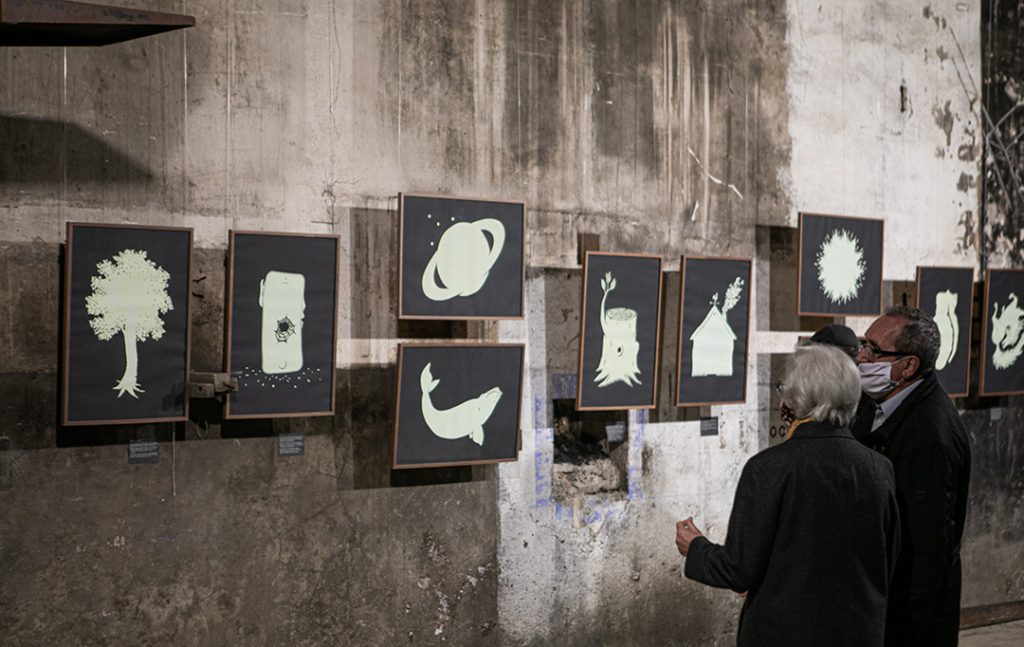 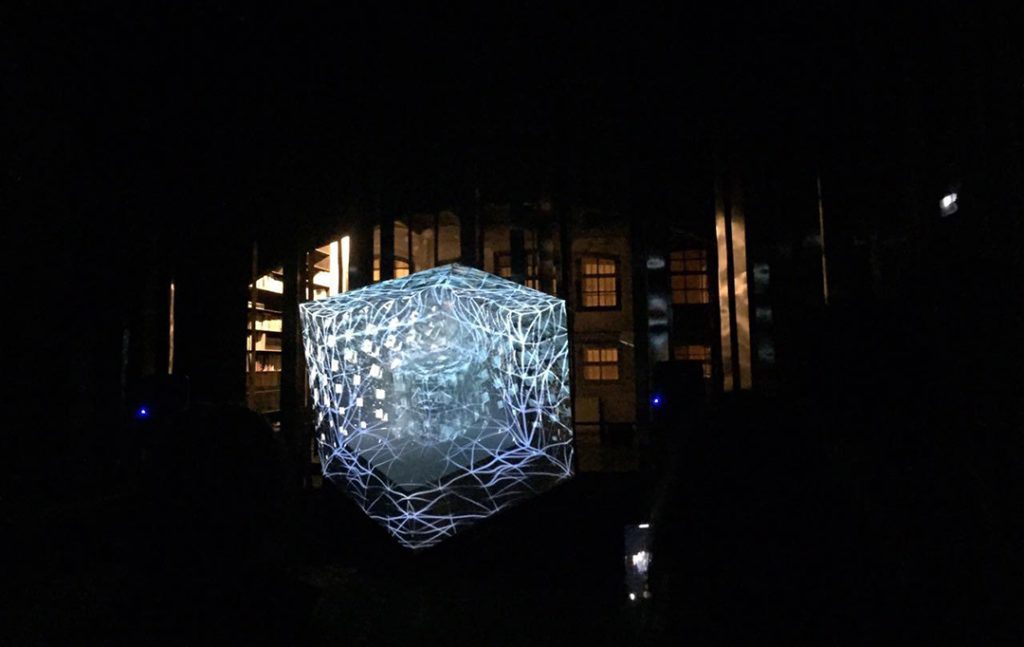 The Sense of Culture in the Universe of Shared Creativity

The foundation is called ‘bunka’, which means ‘culture’ in Japanese. With the name, the cultural nature of the foundation is established, and the link with Japanese culture is enhanced, mainly that its founders have cultivated over the years following a trip in 1990 to the country that has most marked its architecture and its relationship with the landscape. As their roots drink from the beauty of the landscape of La Garrotxa, it is the sensitivity and respect for Japanese nature that has given them wings, confirming something that, until then, they might have only intuited: that the landscape can be transversal and transcendental. From then on, every space becomes a landscape.

If we look for the etymology of the word ‘bunka’ in Japanese, we will see that it is composed of two kanjis: 文化.文 (bun) means ‘prayer’ and ‘art’, and 化 (ka) means ‘change’. It could be a beautiful script for a constantly changing world. As Rafael, Carme and Ramon point out in several interviews. We are in an era of complexity and uncertainty. Faced with the instability of change, we can respond creatively by observing what is essential.

On the other hand, there is the meaning of ‘culture’ in our language comes from the Latin ‘cultus’ and derives at the same time from the participle of the verb ‘colere’, which has several meanings such as ‘inhabit, reside, inhabit’, ‘cultivate’, to plough, to look after, ‘to look after, to treat’, ‘to celebrate with reverence, to honour, to respect and to appreciate. Therefore, culture is essential to habitat, care, cultivation, honour, respect and celebration.

We discover how architecture lies at the root of culture in terms of habitat and landscape as land ploughed by man. These are notions that regain a special meaning when the object of the foundation is to socially stimulate the appreciation of architecture and the landscape and, implicitly, the arts and culture in general.

How do these intentions translate into the reality of a private non-profit foundation?

On the one hand, there is the own heritage and legacy created by RCR Arquitectes through its architectural work, its designs, work on paper or other supports and its thinking that has been archived, guarded and disseminated since the foundation with exhibitions, publications, audiovisuals and offering guided tours and itineraries. On the other hand, the foundation also provides technical advice to guarantee the conservation of architectural heritage.

To these activities is added the organization of workshops on architecture and landscape, photography and audiovisual, scenography and dance, philosophy and any expression that contributes to the experience of the body in space and the refinement of perception with all the senses. The RCR Summer Workshops have been held in the Barberí Space since 2008 and in RCR La Vila since 2017. The foundation co-organizes the courses by contributing to their financing through collaboration agreements with public and private institutions and companies, which make possible the high levels of teaching and the articulation of a multidisciplinary program. Furthermore, the workshops respond to the idea of ​​sharing, the founders’ way of doing things, and offer the opportunity to learn the essential keys from their own experience.

The Open Program is a complementary activity to the workshops. The multidisciplinary conversation nurtures the on-site experience with a mind open to all kinds of voices that contribute to understanding the world around us and how to transform it through creativity. Little by little, it has acquired a specific weight of its own.

The Barberí Space hosts multiple activities related to festivals held in the city of Olot, thus being included in the cultural agenda with participation in the Sismògraf dance and live art festival, the Elmini Music Festival, the Lluèrnia Festival dedicated to light and fire installations, or dramatized readings and performances, following its vocation as a point of independent humanist cultural activity away from the traditional centres of the big cities, thus participating in the decentralization of culture and the formation of new exchange models.

The foundation also hosts other Special Funds, such as the case of the artist Jesús Vilalta i Güell, father of Ramon Vilalta, a planned donation from the Vilalta Pujol family, and recently the donation of the complete archive of the photographer Hisao Suzuki. In addition, it has the deposit of pieces from the collection of the old Barberí foundry that can be seen in their place of origin and make up a small museum for the interpretation of history and its traces in the current Barberí Space. Other legacies received include incunabula from the Trincheria family and a collection of the Japanese architecture magazine GA from the 1970s.

The foundation is expanding its centre of gravity from the foundry to the Barberí space and the reserves in Carrer Fontanella, which aspires to become a cultural axis of the city of Olot with the Garrotxa Museum and the Saints Museum of Olot, to the organization of activities at RCR la Vila in la Vall de Bianya, where its founders have created a research centre for the experimentation of space, where its cultural arm can contribute from a background of more than 15 years of workshops and ten years of conference programs and artistic activities.

Thus we return to the binomial of architecture and landscape as the nucleus that generates culture, placing creation between living and working in our future.