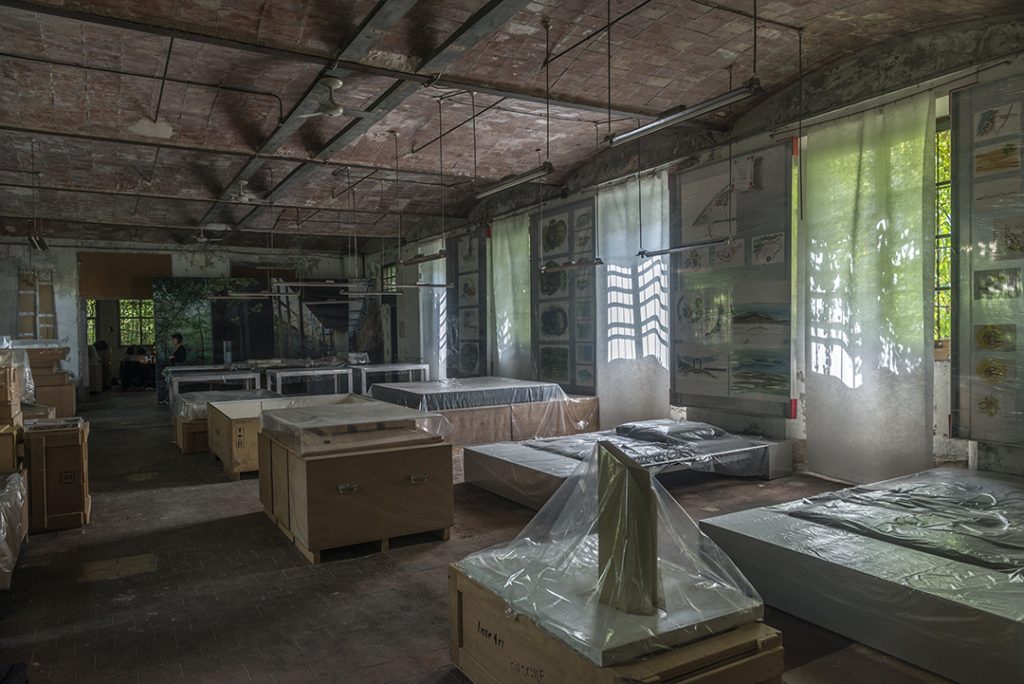 Data of the Founder
The founder of RCR BUNKA Private Foundation is RCR ARANDA PIGEM VILALTA ARQUITECTES SLP, a professional limited liability company of architecture, constituted the year 1998 and located in Fontanella Street number 26 of the City of Olot, with the tax ID number ES-B-17.537.846.

Will to constitute the Foundation
The will is to establish a humanist and independent cultural activity away from the traditional centres of big cities, thus participating in decentralising culture and producing new exchange models. The aims are to promote, communicate and enhance the assessment of architecture and landscape, arts and culture in increasingly broader sections of society. The Foundation is born out of the architecture because it generates all spaces, the life of man, and is the art we know.
The professional activity of RCR Aranda Pigem Vilalta ARQUITECTES over twenty-five years has been and is the subject of an increased assessment at the national and international levels. For example, in 2005, they obtained the National Award of Culture of the Catalan Government in Architecture; in 2008, they were named Chevaliers de l’Ordre des Arts et des Lettres of the French Republic, and in 2010 they became honorary members of the American Institute of Architects (AIA) and in 2012 international honorary members of the Royal Institute of British Architects (RIBA).
The critical number of built works of architecture and the rooting of their work in the landscape linked to the character of its territory enriches the historical memory of this region. Its value as the heritage of general interest to the country and particularly to the La Garrotxa Region, in times of fast societal changes, takes to identify the need to ensure the conservation of this heritage.
The growing cultural activity associated with the work and activity of RCR Arquitectes, such as conferences, exhibitions, publications and works visits, has made it necessary to find a coordination mechanism independent of their architecture office. It also seemed convenient to create a fund for the multiple documents generated by the activity of RCR Arquitectes, such as sketches, drawings, models, photographs, artworks and design prototypes which have received an increasing demand of consultation from architects, students and teaching centres. Besides the RCR Funds, we would like to open the possibility of managing other special funds in the future.

Initial Endowment
The initial Endowment is sixty-one thousand eight hundred seventy-five euros (€61,875), contributed by the founder. This amount corresponds to all awards received by RCR ARQUITECTES with economic Endowment: